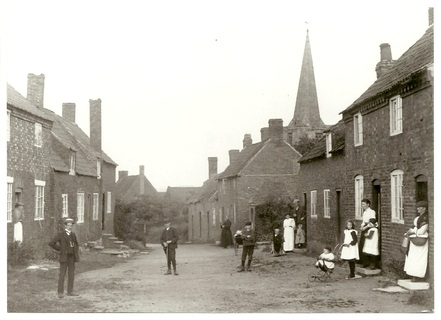 Please let us scan your old photos and press articles

Millennium Book: "Bradmore to AD 2000" the most thorough work ever done about the history of the families and properties in the Bradmore

Census data 1841-1911  research by Michael Marchant.  These lists were compiled using copies of the original census enumeration sheets for the Parish of Bradmore between 1841 and 1911. For each census the enumerator had to compile a schedule or list of dwellings in the village and then he had to list every person present in each household on the day of the census.

On the lists there are two columns for each census. The first shows the schedule number which can be used to work out the approximate route taken round the village by the enumerator and the second column gives the name, age, and occupation of the head of household. Those highlighted in green are farmers and cottagers and those highlighted in yellow are framework knitters in the hosiery industry.

The details for the 1851 Census are not included as on that occasion the census enumerator, Thomas Bosworth, listed the households in alphabetical order rather than by the route he took round the village to compile his schedule and so it is a lot harder to locate where the dwellings may have been in 1851.

Brief History - the brief summary that you can find on Wikipedia

Press Cuttings of the Village

George Randall - In 2011 as part of the build up to our Jubilee celebrations, George Randall wrote a pamphlet entitled “Bradmore Village: Changes from early 1930s”.  George was born on 6th October 1922 and has a uniquely long perspective on village life.  We reproduce here that text with our grateful thanks to him.

John Smeeton's 1939 article on village life in 1890s an article by village resident John Smeeton from the Nottingham Guardian of 1939, where John looks back to village life at the end of the 19th century.

The History of Methodism in Bradmore  This page provides links to a booklet written by Oliver Randall in 1980 to celebrate 150 years of methodism within the village which can be read online or downloaded as a pdf, as well as a number of old documents relating to the Chapel itself.

The Great Fire of Bradmore 1705  A document looking at various historic accounts of the fire in the village, together with sources.  Compiled by John Randall.

Dalby's Almanack a fascinating record of an Almanack used from 1734 to at least 1747 by William Dalby who operated the mill on Mill Lane.  Transcribed by John Randall.

Constables  In the days before Social Services and the Police these functions were carried by local officials called "Constables".  Follow the link for a description of the roles of these men in Bradmore and their accounts from 1779-1903.  A fascinating peek into 18th/19th century village.

Thomas Parkyns Architecture a paper by Neil Chisholm looking at buildings by Parkyns around the Bunny area. Also a shorter paper on Parkyns' Bradmore Buildings

Find out about life and farming in and around Bradmore here: 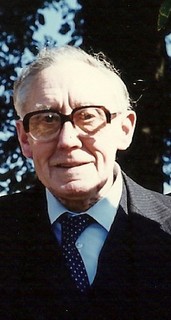 David Leslie reminisces with Oliver Randall (b.1903) with memories of farming and life in and around Bradmore in the first half of the 20th century. David Leslie married Margaret Randall, daughter of Frank Randall. Brother Frank & Ernest Randall took over the farm from Oliver and his father, William, in 1938. Oliver's mother was Ethel Dalby, born 1875. Listen to David and Oliver's conversation by clicking on the following link.

Thinking of moving to Bradmore

Contact us today if you are thinking of moving to Bradmore or interested in finding out more about our village.

Details of Data Controller are