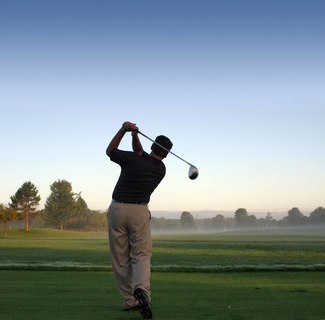 The Annual village Golf Day is usually played in May. The concept of the day was an idea originally thought of by Syd Dove. Syd was an active villager who was a keen golfer and lived with Mary his wife and  their dog, Moss. The bench on the moors is in memory of Syd.  Before the golf day could become a fixture in the village calendar, Syd unfortunately passed away. It is generally thought that the idea was then put into action by Tony Brecknock, Mary Dove, Alfred Cooper amongst others. Since the start of the golf day the venue has been at Rushcliffe Golf Club, Ruddington Grange and Stanton on the Wolds Golf Club. The venue since 2001 has been Stanton.

The cup was kindly donated by Alfred and Rita Cooper.

On average 20 golfers play each year, the day is concluded by a 3 course meal and presentation. The meal is attended by golfers, fellow villagers many who knew Syd and Mary.

Thinking of moving to Bradmore

Contact us today if you are thinking of moving to Bradmore or interested in finding out more about our village.

Details of Data Controller are